Community Property is Not Fair; Get a Prenup 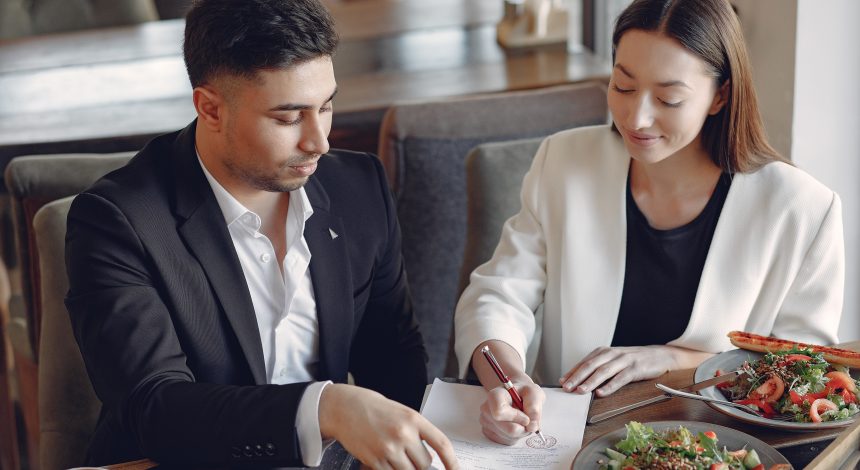 Community Property is Not Fair; Get a Prenup/Photo by Gustavo Fring from Pexels

Community Property is Not Fair

In community property states, all assets and debts acquired after the date of marriage is community.

As an incredibly hard-working immigrant who came from nothing, I HATE community property law.  I detest the idea that my hard work (whether from my law firm, or being the best mother I can be) can be stolen by some scoundrel I accidentally marry.

But since 50% of first marriages in America end in divorce, a lot of you will marry scoundrels.

All Assets Acquired During Marriage is Community

This is a novel concept for some of you.

If you purchase a house before marriage, yes, that is “separate property”.

However, if there is an outstanding mortgage (the house isn’t paid off) when you enter the marriage, all principal payments made during marriage is presumed to be paid with community funds.

This means the community now has an interest in your separate property!

How much interest?  Well, it’s determined by a complex equation called the Moore-Marsden calculation.

Without a prenuptial agreement stating otherwise, this “separate property” you bought before the marriage is now partially community.

All Debts Acquired During Marriage is Community

All debt the scoundrel acquired during the marriage is also community.

This means, if this person gambles, shops, or otherwise has unhealthy expensive addictions, you end up paying for it.

Even if your name isn’t on the credit cards.  And even if you didn’t even KNOW about the debt.

Without a prenuptial agreement stating otherwise, the scoundrel’s debt is now half your debt.

Without a Prenup, The Business You Built While Your Spouse Spent All Day Shopping is Community

If during the marriage you built a business (with absolutely no help from your scoundrel spouse), the business is community and will be divided at divorce.

(This happens a lot, by the way – marriages tend to end because one person feels they are giving too much while the other is doing nothing but taking).

It gets worse.  In divorce wars, scoundrels tend to have unicorn fantasies of what a company is worth.

For example, my law firm.  A scoundrel would say, “Kelly’s law firm is worth 500 million dollars!”

(They don’t know any better.  After all, during the marriage, money just magically appeared and they just spent, spent, spent!)

Said scoundrel will hire dirty forensics to prepare a fancy report to support their bogus valuation of my firm.

I will then need to DISPUTE the findings by paying my own fancy forensics for a fancy report to say, “That’s silly, of course the firm isn’t worth that much.  At most, the firm is only worth what a family law attorney earns in the open market, roughly $100,000.”

But in the process of preparing their fancy reports, the fancy forensics and lawyers will charge approximately $250,000 – $1,000,000 in attorneys’ fees.

Which will come out of YOUR pocket, since your scoundrel spouse never really contributed to the marriage.

Having a prenup that keeps your business separate will AVOID the need to spend $250,000 on fancy forensics.  After all, it’s SEPARATE by virtue of your prenup.

Without a Prenup, the Debts Your Spouse Accumulated While You’re At Home Caring for the Children is Half Yours

Remember it’s not just about assets.  Without a prenup, all debts acquired during marriage (including business debt of one spouse) is community.

The worst thing in the world is to give up your life and identity for someone, only to be left with nothing but half their debts.

But What If I Don’t Intend to Work Outside the House During the Marriage?

Have that discussion prior to marriage.  If one of you stays home and contributes in that way, there should be clear-cut agreements about what the value of the contribution is.

Earning money outside of the house isn’t the only way to contribute.  Absolutely, there is value to housework and raising kids!  I believe that, and so does this Judge.

Negotiate all expectations before marriage.  Always stay in the know about money; always be an in-spouse.

If you don’t think community property is unfair, you’re either a scoundrel or have exceptional circumstances (such as having 20 children; married a billionaire and selflessly sacrificed a meaningful life to play second fiddle; etc.).

At the very least, it’s completely unfair that if you get divorced in California, the outcome is different than if you divorced in a “non-community property state”.

If this was happening to me (going through a divorce with a scoundrel without a prenup), I would move to a different state or country with better laws to file a divorce.

When on Verge of Divorce, Birds of a Feather Flock Together
Family Court is Unfair
Divorce Lawyers are Not Weapons of Mass Destruction
COVID-19 Information All in One Place
20 Lessons from 20 Years of Family Law
Kelly Chang Rickert and Shannon Payne Selected to Superlawyers 2016 List in Family Law!
Marriage Advice From Your Favorite Divorce Lawyer, Part Two
Duke Order So Children Can Stay In House After Divorce
COVID-19 Update: General Orders & Anecdotal Info re Court Filings
President Trump cited as reason for divorce
Child Support After Death of Custodial and/or Non-Custodial Parent
Kelly and Kimberly Yates: 2 Missing Children Taken from Dad by Mom 30 years ago are Located