Why Kobe’s Death Made Me Cry 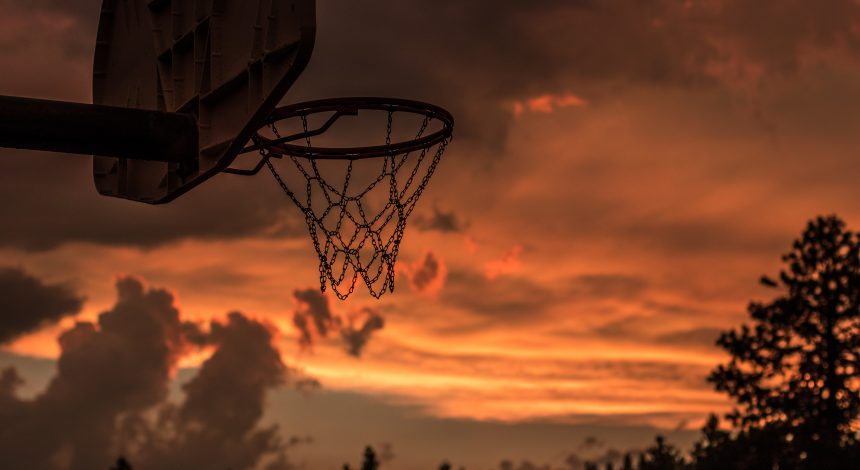 I am 43 years old.  That means I’ve seen my fair share of early passings, especially that of celebrities.  Michael Jackson, Whitney Houston, Britney Murphy, Robin Williams.  I remember all of them passing, and I remember feeling sad, but never have I ever felt a hole as great as the one Kobe left when he died Sunday morning, January 26, 2020.

The World is So Sad About Kobe

I quickly realized I was not alone, because for the next 2-3 days, my social media feed contained nothing but tributes and dedications to Kobe (a welcome respite from my usual coronavirus news).  And I’ve read the articles explaining the phenomenon of extreme sadness for a stranger.  He was young – yes, he was, but Britney Murphy was only 32.  Kobe was the greatest of all time in his field – yes, but so was Michael Jackson.  He was a father – yes, but so was Robin Williams.

Why Do We Cry About Kobe?

Having been a divorce lawyer for 20 years, I don’t have much faith in humanity and the news rarely make me cry.  The last time I cried over a media tragedy was September 11, 2001.

Personally, even though I am not even six degrees of Kevin Bacon close to Kobe (and apparently, Kobe took selfies with a LOT of my friends), I cried because of what he represented to me.  His death represented not only the death of this handsome and talented athlete, devoted father and husband.

My heart is heavy because in so many ways I related to him, and his death triggered clear reminders of what is important to ME, and how suddenly that can be stolen.

I am not sure why I am writing this, as this has very little to do with family law, but the topic weighs heavily in my heart, so the keys are calling.

Actually, we were all less than six degrees of separation from Kobe.  As the stories emerged, he personally touched lives, not only in Los Angeles, but all over the world. There are SO many stories about him.  And they were all secret stories, personal to the ones who met him.  In the big age of social media, people don’t do kind things UNLESS it’s posted on Facebook.  Kobe wasn’t like that.  He apparently went around the world, touching lives of many, and we never knew.

He was not a spring chicken – age 41.  But he had JUST retired in 2016, and he was just entering into the next great stage of his life.  His star was burning bright – he wasn’t finished yet.  All you need to do is take a peek at Vanessa Bryant’s Instagram Account to know that this was a close, loving family with  little girls.  He truly was the head of the household and every single girl in his family adored him.  NEVER in a million years would you imagine this happening.

Kobe Lived His Life For Others

Kobe wasn’t on his way to HIS game, or HIS party, or HIS anything. He was on the way to Gigi’s game where he coached those 3 little girls on the team.  That was Kobe.  He surrounded himself with good people, and he was kind.

Kobe played 20 seasons for the Los Angeles Lakers.  He loved our city as much as we loved him.

One wife of almost 20 years.  This is so, so rare.  Families are broken up, fast and furious, and amongst celebrities, even faster and furiouser.   Yes, he screwed up.  His fallibility, though, I think actually allows us to relate to him.  Nobody is perfect.  He didn’t pretend to be.

Kobe was the definition of stalwart.

He worked harder than anyone.  A true athlete. Not just physically gifted.  True athletes have untouchable spirit – their minds are more resilient than their bodies.

Vanessa and Him were the Pillar of Strength  – the True Marriage

Everybody who is married knows there are up and downs.  He was accused of rape – how many marriages can withstand that?  At the time Vanessa filed for divorce, Kobe had reportedly 600 million or so.  Do you know most women would have taken their half and left?  She stayed because of HIM, not because of money.  I can’t fathom her heartache now, and I have been praying for her, as well as all of the remaining family members of those on the plane.

They were married so young.  Yet, they persevered.  To a divorce lawyer, their marriage is MY calling.  They made mistakes, but they held on.  And I pray every day that my clients would just hold on.

Marriage is my calling. Not Divorce.

There is something so indescribably special about a father and daughter bond.  The Lord blessed this man with  daughters, and he received his blessings every day, with full gratitude.  You can tell he loved those girls with all his heart – Girl Dad.

After this reporter told her story, #girldads everywhere celebrated their relationships with daughters.  What an inspiration.

When other celebrities died, it was usually suicide, drug overdoes, or some other tragic reason which signaled their lives were hurting.  Kobe, to me, was immortal.  His marriage survived rape allegations.  He constantly strove for excellence.  This wasn’t suppose to happen.  He was a father with a lot of life to live.

These Families Were Torn Apart By Tragedy

If you are married with kids today, no matter where your marriage stands, would you please embrace your spouse and children today and tell them you love them?

At any point in your life, you could lose your loved ones.  Think about that.  This means that you should value and cherish what’s most important to you – not when it’s too late, but every single day.  If you are married, would you please love and cherish your spouse?  Please work on your marriage and family. Every.  Single. Day.

What NOT to Do in Divorce
Alimony Tips for Payor
Humility over Hubris In Divorce
Trust Your Gut; Be Grateful
Identification Characterization Valuation and Division
Is Spanking Child Legal?
My Ex Isn't Following Custody Orders
What To Expect When Hiring Us To Prepare Your PMA
Severability Clause
Argentina Judge Awards Housewife $187,000 For Value of Housework in Divorce
Divorce Mediation for Child Support
Quarantine Publications