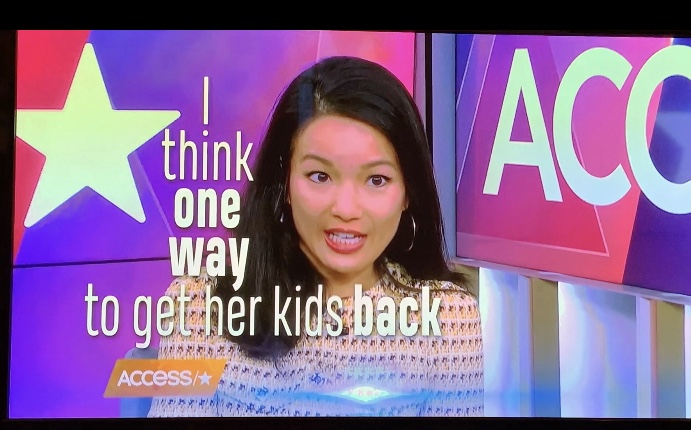 I was asked to speak about this yesterday on Access Hollywood.  At first, I was hesitant, because I honestly don’t think there should a television show highlighting the shortcomings of a teenage mother.  Being a mother is hard enough – mocking her on television is awful.  There are rumors of her pulling out a gun in front of her 8-year-old when someone rear-ended her.  Rumors that her current husband shot the family dog.  The situation is out of hand, and compounded by society’s sadistic need for drama.

Apparently, Ms. Evans has lost custody of ALL of her children.  She has three children: Jace (9), Kaiser (4) and Ensley (2).  They are now with her mother.  The case is in North Carolina with sealed documents.  While we do not really know why the grandmother was awarded custody, I do know that in a case with 2 living biological parents who are not separated, it is incredibly difficult for grandparents to seek custodial rights.  There has to be an actual showing of detriment and danger to the children for the courts to go so far.

I really hope that this young mom can regain custody of her children and her home life will improve.

I am posting my 15 seconds of TV here.

Illinois: No More Custody Battles
Divorce Mediation with Kelly Chang Rickert, Attorney Mediator
Retroactive Support Orders Modification Gruen Freitas
Social Media During Divorce
Kelly Chang Rickert Quoted by Hollywood Life on Bruce and Kris Jenner Divorce
How Many Rings Are There in a Marriage and Must I Return Them in Divorce?
False Abuse Allegations And Consequences on Child Custody
Why We Don't Offer Free Consultations in Divorce
Age Gap and Marriage
Do Mistresses Have Rights?
Can't buy me love...or jurisdiction!
Different Considerations in Representing In-Spouse and Out-Spouse