Sunset Clauses Are Beautiful But Not For Prenups 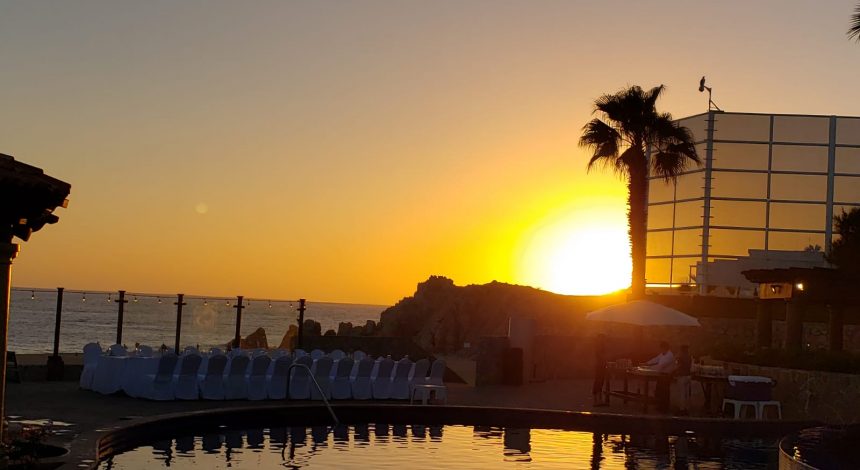 Sunset clauses are beautiful but not for prenups.

A “sunset clause” is exactly the way it sounds.  Just as the sun “sets” at the end of the day and is no longer, a sunset clause invalidates a contract (a prenuptial agreement is a contract) at a pre-determined time.  But unlike this beautiful Cabo sun, the prenup doesn’t rise again the next day.  It expires.  Nilch.  Nada.

5 Reasons I don’t like them and I advise AGAINST them in a prenup:

1. A contract is a contract.

People sign them and forget, because honestly, they’re useless unless something goes wrong.  Operative phrase: UNLESS SOMETHING GOES WRONG.  Remember this scene in Little Mermaid?

If you’re going to enter into a contract, let it be forever.  We want your marriage to be everlasting and permanent, and your prenup to collect pounds of dust in nowhere land.  If you never divorce, your prenup (no matter how God-Awful unfair it is to you or the other side) will NEVER come into play.  Hallelujah!

2. It promotes divorce at a later (or earlier!) date.

Picture this:  you’re marrying Jeff Bezos.  He insists you get a prenup (duh).  You don’t want this because you’re after his $$$, so you negotiate and say, “Fine, I get you don’t trust me.  How about in 10 years?  Will you trust me in 10 years? How about we add a sunset clause that says the prenup expires in 10 years??”   BOOM!  Divorce filed at 10 years, 1 day.  You see how that works?  If there is a reward at the end of x years, you will wait x +1 to divorce.  AND, Bezos ain’t dumb.  He’ll divorce you at 7-8 years to ensure the divorce is FINAL before that prenup expires.

OR maybe, your prenup says it expires once you have a child.  Does having children protect you from divorce?  No.  Also, in most states, prenup provisions regarding child custody/child support are unenforceable anyway, so chances are, having a child has nothing to do with the reason why you got a prenup.

Maybe you’re using a “sunset clause” to test the marriage.  Just ask Chris Rock, who reportedly had a “10-year sunset provision” in his prenup.  Well, his marriage ended 20 years later.  Also, I love the name of this article to describe the Welch’s divorce, “Is a Prenup Expiration Date an Ex-Wife’s Best Revenge?”

Here’s a $25,000 tip for you: most marriages/relationships end at 12 years…so NEVER pick 10 as your magic number!)  (By the way, the longest marriage to end in divorce is a 77-year marriage.  so, arguably, you’re NEVER safe from the D word).

If you are going to get a prenup, get one and make it last forever.  If things get rough, go to counseling.  Having a “sunset clause” will just promote foul play and discourage truly working things out.

5. Just because your prenup expires, doesn’t mean you’re safe from the law.

Your marriage and subsequent divorce is governed by the laws of the state you are residing in at the time of your divorce.  Just because you don’t have a prenup doesn’t mean the law is on your side.

Personally, I believe marriage is forever.  I don’t know if my spouse believes that.  I sure hope he does.

If he doesn’t, I have a prenuptial agreement, NO sunset clause!

I am never letting the sun set in my marriage, my prenup, or anything!