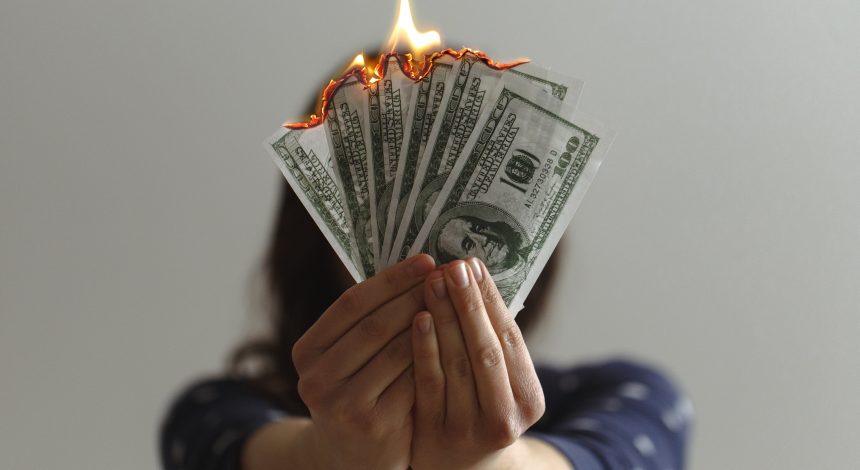 How to Save Money in your divorce.

The uproar regarding the Tax Reform repeal of the deductibility of spousal support proves that money DOES matter when you are divorcing!

So without further ado, let’s get down to how you can save money in your divorce.

Figure out how to un-couple and restructure your family unit.

Yes, divorce sucks!!  Especially if you’re not the one initiating it.  However, it is NOT the end of the world or your family.  It is more a restructuring.  It still sucks, but learning that the law has nothing to do with the emotions during this restructuring will save you money.

Divorce is a separation of your legal status as a couple.  To un-couple, things need to happen.

50 years ago, joint custody was not a thing.  Times have changed.  Fathers are becoming more and more involved, and repeated research has supported the notion that the best interests of the children is served by “frequent and continuing contact with both parents”.  Unless there are substantial issues of drug and alcohol-related issues, abuse, prison, domestic violence,  move away, or a voluntary relinquishment of custody by the other side, you are NOT going to see an award of SOLE legal or SOLE physical custody.  You will need to discuss a parenting plan.  There are many, many people out there who can and are willing to HELP you.  You just need to find them.

Second, support will need to be discussed.

Are one of both of you working?  What is the monthly income and expenses?  How do we structure our family from one to two units without hurting the children?

What have you accumulated during the marriage, in terms of assets AND debts?  These will need to be divided.  It only takes 30 seconds for me to tell you what the law is: California is a community property state, which states all assets and debts acquired after the date of marriage and prior to the date of separation is community.  But, if you guys cannot agree on this simple statement, divorce lawyers will gladly bill you 100-200 hours ($50,000 – $100,000) to figure it out.

The truth is, divorce settlements are usually pretty easy.  Yes, I said it!  The sad truth is that most people spend unnecessary amounts of money due to self-victimization and the unreasonable expectations spawn from divorce myths.

Discuss settlement with your ex and expect your case will settle.

YES, YOU CAN and SHOULD talk with your ex during this process.  I cannot tell you HOW many times someone has asked me, “Should I talk to him about the money?  The kids?  The dog? The weather?”  Yes, yes, yes and YES!!!  Here’s a tip for you: divorce attorneys LIVE for your conflict.  Some of them even CREATE conflict so you can use them as a means to communicate with each other  Why?  Because this is how they make money.  You are BILLED for every encounter with your attorney – emails, texts, phone calls, meetings.

Despite what the media reports, divorces do NOT need to be ugly.  In fact, what the media doesn’t report (due to lack of sensationalism) is that AFTER the initial fallout (think Britney Spears, Tom Cruise, even Brad Pitt and Angelina Jolie), 99.99% of these cases settle!!   The truth is that divorces do not go to trial. The majority settle.  The question for you is  – do you want it to settle sooner or later?   Because unless one of you is totally unreasonable, your case will most likely settle.

If you are not on speaking terms with your ex, do some research on divorce lawyers and AVOID hiring a pitbull.

Recently, my opposing counsel (divorce lawyer for over 35 years), said to me in a heated moment during negotiations, “Kelly, put yourself in my shoes.  Does your argument change?”   Of course I denied it because his client’s is clearly a victim, but…I had to admit later, it did.  In that particular case, I was representing the in-spouse.  So my argument for terminating support earlier obviously would NOT be the same argument I would made had I been representing the out-spouse.  Depending on which side I represent, I ADVOCATE for my client.  Being a zealous advocate, isn’t that what being a divorce lawyer is about?

Wrong.  Here is the problem.  PITBULLS are the ferocious, scorched-earth litigators, who advise their clients that they will get ALL in a divorce.  Um, do you see the problem?  The PITBULL attorney is advising whichever side she gets first, and her grandiose promises are LIES, because if she represented the husband, she would be saying the same thing she is saying to the wife she is currently representing.

You are not going to get EVERYTHING in a divorce.   Not only does the law prevent this, but so does common sense.  At best, you will get HALF.  And half sucks.  It does!  But you know what sucks MORE?  The angry pitbull divorce lawyer who is LYING to you to get your business.  This lawyer is also creating loads of expensive expensive conflict by taking unreasonable stances, and forcing the case to go to court.

So what if your spouse is the one with the angry pitbull?  All is not lost.  Hiring an attorney with a reputation for being reasonable and compassionate is the ONLY way to diffuse that pitbull.  Whatever you do, do NOT hire another pitbull.

Fill your mind with good voices.

Whatever you do, do not talk to your neighbor, sister, colleague or anyone who is telling you you need a pitbull.  Their divorce is NOT the same as yours.  They would hate it if you had no juicy stories to tell – after all, misery loves company.  When you are going through a divorce, don’t forget your well-being.  You still have to take care of yourself and others.  Don’t forget to eat, sleep, exercise.

I also recommend seeking counseling with a experienced MFT, someone who is skilled at separation issues.  Remember, in America, 50% of marriages end in divorce (I actually think it’s more like 75%).  Likely, someone else has gone through this and made gigantic mistakes, financially and legally.  Learn through their mistakes and avoid wasting money on the legal process.

Disclose everything, assume the other side has done the same.

Trust is a major issue.  It’s been broken.  With that comes the allegations of infidelity, hidden assets, cheating, etc etc etc.  Infidelity doesn’t matter in court.  You may think the Judge cares that your husband cheated on you – perhaps he does.  But whether or not he is  cheater does not impact the custody decision.  And hidden assets?  I hear this allegation more than once daily.  Truth is: most people do not have the wherewithal to hide assets.  If both  of you are W-2 earners, there is a paper trail on income.  It’s kinda hard to hide cash.  Ever see Breaking Bad?

Being in this business for so long, I am always amazed at how much money people are willing to spend over a few thousand dollars.  It is NOT worth $25,000 of attorneys’ fees to chase after a$10,000 account.

Also, most Judgments contain an “omitted asset” protection for the outspouse, and against the inspouse who is “hiding” and “failing to disclose”.

Most people cannot afford extensive discovery.  All this digging and valuing involve paying for private investigators, and forensic accountants, and other experts.  It is a game and everybody wants a piece.  It doesn’t have to be this way.

Be a Good Parent.

Judge Michael Haas’ wrote the most brilliant piece on this topic:

“Your children have come into this world because of the two of you. Perhaps you two made lousy choices as to whom you decided to be the other parent. If so, that is your problem and your fault.

No matter what you think of the other party—or what your family thinks of the other party—these children are one-half of each of your. Remember that, because every time you tell your child what an “idiot” his father is, or what a “fool” his mother is, or how bad the absent parent is, or what terrible things that person has done, you are telling the child half of him is bad.

That is an unforgivable thing to do to a child. That is not love. That is possession. If you do that to your children, you will destroy them as surely as if you had cut them into pieces, because that is what you are doing to their emotions.

Most people are clueless about money.  I wish they taught this in school, but they don’t.  What can I say?  LEARN some good habits about spending and saving money.  Use a money program to keep track of the ins and outs.  Diligently check your statements every month.  Talk with your spouse about money.  Years ago, the MAN earned money and the WOMAN stayed at home.  Not anymore.  WOMEN are just as smart and MONEY is a JOINT THING.

Talk about it.  Discuss your income and assets.  Create an estate plan – especially if you have children!  KNOW YOUR MONEY.  The majority of us are NOT Megan Markle, who is marrying into royalty.  Even if you are her, understand that the Prince’s inhertiance is HIS, and she does not get to partake.  Even if you are marrying into the SUPERRICH, you can still manage your own money.  And you can still demand to know the assets of your Prince.  ASK and LEARN and discuss it.

There is nothing more frustrating than trying to help someone who cannot help themselves.  I always praise my conscientious and diligent clients, who produce all their statements and know their money.  It saves HUNDREDS of thousands of dollars when you have knowledge.

“If you have a choice between being right and being kind, choose kind.”

This line comes from Wonder, a movie about a little boy with a facial disfigurement who conquers modern day school and the nasty bullies that come with it.  Sometimes being right can cost you too much money.  Sometimes, you just need to be kind.

Bottom line is, your divorce does not and SHOULD NOT be World War III.  Sort out your emotions before you hire the divorce lawyer.  And hire the right one – one who advises you on ALL of your options.  Because litigation really should be the last resort.