Prenups Not Just For Rich People 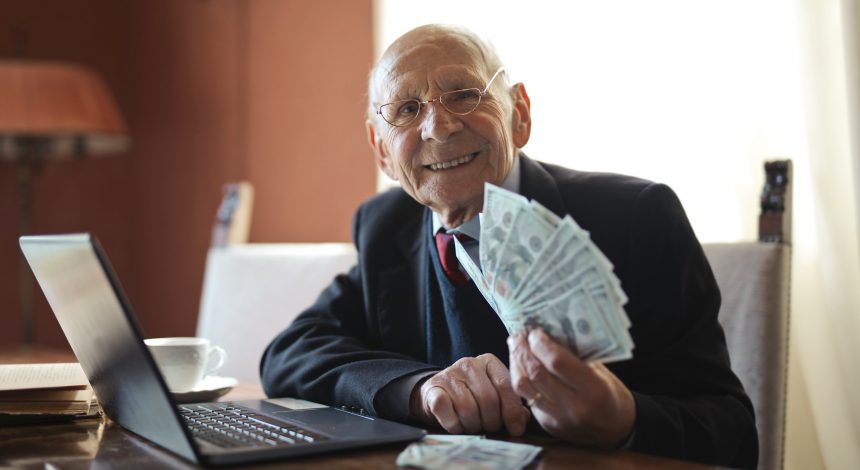 Why You Should Get a Prenup Even Though You Marry “Rich”

There is no benefit to “marrying rich” unless your marriage lasts forever.

But if your marriage ends the way 50% of first marriages do (in divorce), you deserve to know how much you’re getting.

It is presumptuous to think that the law will force someone to “take care of you”.  After all, the law did nothing against them leaving you.  Or cheating on you.  Or gambling away all of your millions during the marriage.

Whether you marry rich or poor, it is plain stupid to enter into a marriage without discussing financial expectations.  BE AN IN-SPOUSE.  Money is how the world goes round.  Who will pay the bills during the marriage?  How much are the bills?  (I once had a prospective client speculate her car lease payments on the Maclaren FL-150 were $55,000  a month, while her mortgage on the Beverly Hills mansion was $2500 per month?)

How much money do they have in the bank?  If they came in with 600 billion, and it’s squared away in a separate account and they never add to during the marriage, you don’t get any of that 600 billion.

What if you decide to work during the marriage?  Will your annual $40,000 income be half his?  What about your retirement assets, which currently have $50,000 coming into the marriage?

Some think these are unromantic talks (not me).  But money matters.

Full Disclosures Will Give You Bargaining Power

What’s the point of marrying “rich” when you have no idea what “rich” is?

You can find out how much they have if you get a prenup!

There are mandatory full disclosures involved in getting a prenup.

You get to see all the numbers before you sign.  The entire balance sheet, baby.  And if they don’t produce, the prenup is not enforceable, giving you cause to later challenge it.

But The Law is Better for Poor People Right? Wrong.

Refusing to sign a prenup because your spouse is “richer” erroneously assumes that the law is better for a poor person.

The last time I checked, most people believe laws are BETTER for the rich (see OJ Simpson Murder Case).

Do you really trust that this incredibly shrewd and successful businessperson you married will be forced to give you half you divorce? Half of what?

And which lawyer will take your case if you have no separate funds to hire them?

In my over 20 years practicing family law, I’ve crossed paths with many miserable golddiggers who didn’t get as much as “they deserved” in a divorce, even without a prenup.  And, I’ve seen people walk off with MORE more from their prenup than what the law would have given them.

In addition, if he is retired with no “income”, but you eventually get a job during the marriage earning an honest living, he could still theoretically obtain spousal support from you after the marriage is over.

Or, let’s say your spouse comes from a “rich” family but you don’t.  Inheritance is always separate.  You are not entitled to that.  You are hardworking and have a career.  Why should you work SO hard only to share your half when he will later inherit money?

Speaking of Lawyers, Why Pay Them to Get You Money?

Once your “rich” spouse leaves you, will you have enough money to hire a lawyer?

And why not avoid lawyers altogether, but negotiating your own payments PRIOR to entering the marriage?

Remember, lawyers are paid to fight.  Once they touch your case, they bill.  You don’t need to “fight” for your money if it’s in the prenup.  Theoretically, your “rich” spouse could still challenge the prenup by NOT paying you.  But if they did, they have to pay attorneys too.  And they probably risk MORE.

Negotiate Your Own Money During Marriage

I don’t think “marrying rich” is all it’s cracked up to be.   Sure, it’s grand if you stay together forever.  But sugar daddies leave or die, and marriages end.

If all of your money is locked up – or you don’t know where the money is, or how much money is involved, you are wholly dependent on the marriage staying intact, and you have no bargaining power.

Anyone who values themselves has bargaining power.  Never enter a marriage the “lesser” spouse.  Remember Sex and the City?  When confronted with a prenup, Charlotte knew her worth, and demanded 2 MILLION.  She got it.

Incidentally, Charlotte probably got WAY more with a prenup than without!  Their marriage ended in less than a year (she left because the sex wasn’t good).  There is no evidence Trey acquired anything that wasn’t already his prior to the marriage.  And in a one year marriage, at most you would get 6 months of alimony.

There is no way the law would have awarded her anything close to one million in such a short-term marriage.  Not to mention, shortly thereafter she married Harry.  Charlotte did GREAT negotiating her prenup.

Know your worth.  Ask for a separate account.  Negotiate your own money.  The full disclosures will prepare you to know what to ask for.  Don’t assume the law will “give you half” if you divorce.

If he won’t give it to you, don’t marry him.

Skydiving is Safer than Marriage

According to the United States Parachuting Association, there are an estimated 3 million jumps per year, and the fatality count is only 21 (for 2010). That’s a 0.0007% chance of dying from a skydive.

Would you skydive without a parachute?  Why would you marry without a prenup?

Everybody Already Has a Prenup

Whether you like it or not, everybody who marries already has a default prenup.  It’s called state law.  Yep.  Every state has different laws governing financial stuff upon divorce: distribution of assets, child support and spousal support.

If you do not draw up your own terms and conditions prior to your marriage, upon your divorce, the state will use its own law (default prenup) to divide your assets.

Money is Tenuous with Risktakers

Sure, he may be rich now.  But is he a poker-holic?  Does he lose millions with every Vegas trip? Does she have an addiction to Hermes bags?  (the very rare croc one that Kim Kardashian has is about $250,000).

If you are marrying a gambler, a shopper, or any other prospective addicts of unhealthy behaviors, you need a prenup.  Period.

I’m not just talking about abandonment.  People’s balance sheets change.  Just because you thought you married rich, doesn’t mean he will stay rich.

Also, in this day and age, people blow out overnight!  You may be the next Charli D’Amelio.  Is it “fair” for your super rich spouse who already has all this money prior to the marriage to touch the money YOU make during marriage?

Using the Law Against You

In divorce, people are always afraid that their spouse will use the law against them.  Their fears are valid; that’s why divorce lawyers make so much money.

Good news if you can absolutely CHANGE the law so it works for you.

Yes, if your spouse is a royal jerk, they can still try and “challenge” the prenup to weasel out of any agreements they made.  But most people will not try and challenge something they sign.  And good family lawyers aren’t stupid – if there is no basis to invalidate the prenup, they won’t try in fear of sanctions.  Just make sure you hire a good attorney so the prenup is done right.

Tax Cuts and Jobs Act and Alimony After 2018
Kelly Chang Rickert Quoted in OK! Magazine on Potential George and Amal Split!!!
Can't buy me love...or jurisdiction
Common Threats in Family Law
Sunset Clauses Are Beautiful But Not For Prenups
New York Court Allows Service of Divorce Papers via Facebook
Identification Characterization Valuation and Division
Prenuptial Agreements and Jeff Bezos
Why You Need a Prenup
Consult Attorney Before Marriage Even If You Don't Want a Prenup
How Many Rings Are There in a Marriage and Must I Return Them in Divorce?
New Court Order in Jolie Pitt Divorce Surface On June 6, 2018 BD646058