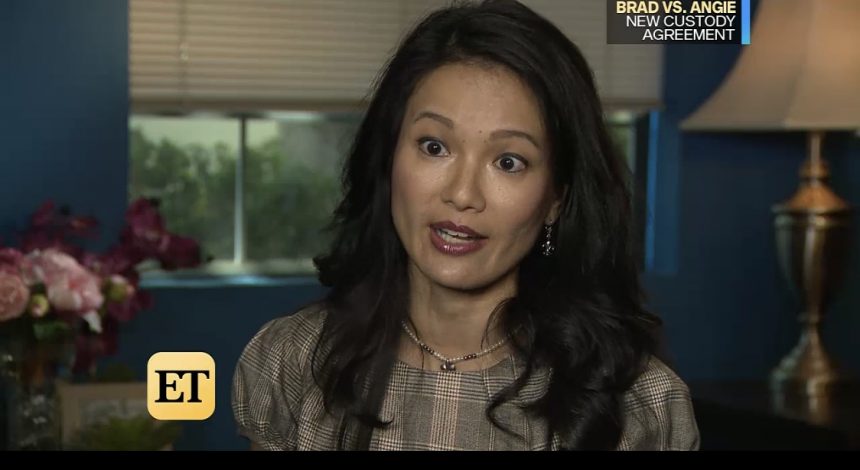 On June 6, 2018, the couple’s private Judge, John Ouderkirk, issued a Court Order setting forth pendente lite custody orders pending review.  The Order came after a contested hearing lasting 7 days (May 16 -17 and May 21-25.)

The Court Order is a SUMMER SCHEDULE (quite possibly because Angie used school as an excuse not to share, and Brad, being the reasonable one, didn’t want to disrupt the kids during the school year).

The order is extreme protective of Brad Pitt, and probably for good reason!   The order starts off by granting Brad visits from June 8 to June 17, 2018 for 4 hours a day.

Um….the divorce was filed in September 2016.  It’s been nearly 2 years, and Brad is only up to 4 hours of visit?  Something isn’t right.

Then the order steps up from June 27 – July 1, 2018 to grant Brad up to 10 hours a day.  Finally,starting in July 8 – July 19, Brad is to get 4 days at a time with the kids.  There is also a clause that Brad may take the children to a program offered by Transitioning Families.  This is spot-on reunification therapy!  And much needed!!!

Usually, Courts are not so particular about schedules – there MUST have been some evidence presented about parental alienation by Jolie.

The Court then states in paragraph 9, “The Court hereby provides notice to Petitioner that if the Minor Children remain closed down to their father and depending on the circumstances surrounding this condition, it may result in a reduction of the time that they spend with Petitioner and may result in the Court ordering primary physical custody to Respondent.”

Either way, I am profoundly sad about this situation.  For almost 2 years, we have heard nothing.  I thought by now they would have covered the other issues in their divorce case: support, property division.  They are still stuck on custody.

Angelina Jolie goes out of her way to validate herself as a good mother.  We have no doubt she is a good mother.  But “best interests of the children” isn’t about how great a mother is.  It’s about fostering a relationship with both parents.  Parental alienation doesn’t have to intentional, as in, blatantly badmouthing Brad in front of the kids — I am sure Angie is smarter than that.  However, her actions – whether it’s a complete shutdown (we don’t talk about Daddy in this house), or failure to give her kids messages   (The Court order also covered this!  Paragraph 7 specifically states, “Petitioner shall forthwith provide Respondent with each of the Minor Children’s personal cell phone numbers so that Respondent may text them at those numbers, and notify Respondent of any new cell phone numbers.  Petitioner shall not monitor the Minor Children’s text messages with Respondent and shall not provide Respondent with the number of a cell phone she maintains in her possession at which to text the children.)

I have repeatedly said and believe this – if you are in the midst of a custody battle, first of all, STOP and get out of it.  Unless there are severe issues of drug/alcohol, and other abuse, or a moveaway – you need to STEP BACK and focus on your children.  The Courts (and your children) want to see you encourage and FOSTER a relationship with the other parent.  They are not pawns.  They should not be in the middle.  Yes, it is HARD when you have been hurt.  But custody is NOT about winning or losing.

If you are in the midst of a custody battle, spend the money on a COUNSELOR – someone trained to develop parenting plans.