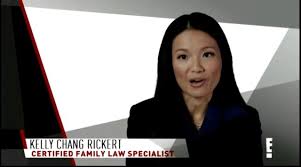 By now, we’ve all heard about Kelly Rutherford’s custody battles (and subsequent bankruptcies due to never-ending mounting attorneys’ fees).  Recently, Kelly was granted temporary custody of her children.  She was able to fly them back to California (away from Monaco, where they have resided with father Daniel Giersch for the past 3 years!), pending the hearing on June 15.

Why Did She Win but Lose?

Why would that be?  Custody is quite often a never-ending battle.  The person who may have “won” a hearing resulting in a court order lasting 3 years for the children to be in Monaco – can never just sit smugly.  I always tell my custodial parents that IF they are granted sole custody (perhaps it a move-away), they are on a tighter scrutiny of how they treat the co-parent during their visits.

NEVER be a Gatekeeper

Avoid being a gatekeeper.  You must, I tell them, go OUT OF THEIR way to not only facilitate, but ENCOURAGE and WELCOME the visits from the non-custodial parents.  This is where, predictably, Daniel probably failed.  The 2 are not on good terms, so he has probably not encouraged much visitation.  Actually, we know for a fact that he DENIED Kelly’s visits (after flying 16+ hours to Monaco – there are no direct flights from LAX).  It was after he denied the visits (he placed some unilateral restrictions, something about passports), that Kelly was able to run in ex parte (on short or no notice to the other side) to get this temporary order.

If Kelly is to successfully modify the parenting plan, she must not only show what a wonderful parent she is, and how the children’s best interests will be served in California (v. Monaco), she must focus on showing the Court how generous and willing she would be to co-parent.  IF she wins the modification and the children are allowed to move back to California, she needs to go to great lengths to show exactly how she will be the “better” co-parent.  Kelly will need to encourage bonding and prove to the Judge that she will NOT destroy the bond the children have formed with their father over the years.

Here is a clip from a commentary I made in this exact case 3 years ago.