How to Get a Prenup Without Hurt Feelings 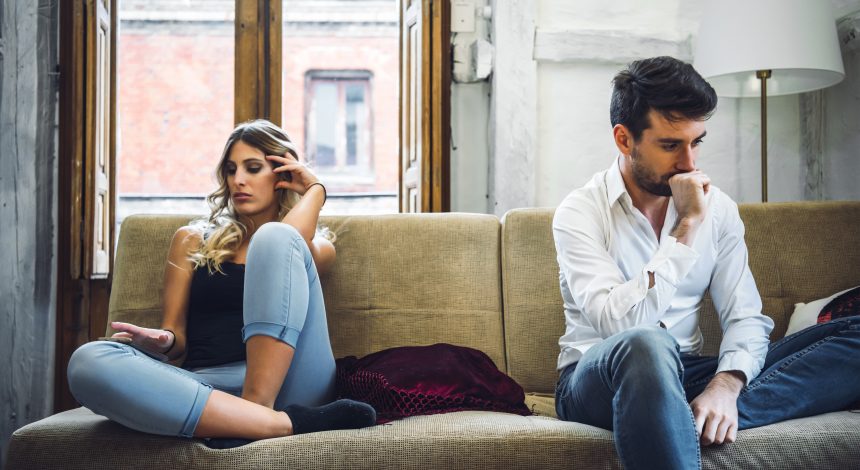 How to Get A Prenup Without Hurt Feelings

A lot of callers are concerned about bringing up the topic of a premarital agreement. They fear it will insult the other side, and create conflict.

Tips on How to Get a Prenup Without Hurt Feelings

The time to spring a prenup is before you propose, NOT 2 weeks before your wedding.  Talking about money and “what-ifs” should be a SERIES of conversations, not just a 2-second comment.

More importantly, both of you need lawyers, and those innocent lawyers need time to properly do their jobs.  Reputable attorneys who know what they are doing charge a rush fee to produce a PMA under tight deadlines, and several firms will refuse service if your wedding invitations have already gone out.  (Our firm has a rush fee if you hire us less than 45 days before your wedding, and we cannot help you if you hire us less than 25 days from your wedding).  The rush fee does NOT guarantee completion, because that also depends on your fiance and his/her attorney.

Explain you already have a prenup, and it’s California law.

Frankly, I think California law SUCKS for the in-spouse. (What’s an in-spouse?  Read here).  If I were a golddigger, I’d live in California!  Did you know California is one of nine states with community property law?

If I were the in-spouse, I would think that’s terribly unfair!  California is already one of the most expensive states to live in.  Be prepared to MOVE OUT if you divorce, because it also has one of the highest guideline child and spousal support in America. (I once represented a mom whose babydaddy had ties to 3 states: California, Colorado and Texas.  The monthly child support was $22,000; $5,000, or $3,500  depending which state had jurisdiction over the father).

Also, Wikipedia lists the world’s most expensive divorces.  Tiger Woods paid a $110 million dollar divorce settlement for 7 years of marriage.   You may think, Elin deserved it!  Well, no.  I don’t think she deserved the cheating or the settlement.  I don’t think anybody should ever cheat, and I don’t think any amount of money can compensate for breach of trust.  Tiger’s bad decisions ruined his family and his children.  It is sincerely fucked up that society thinks money can compensate for wrongdoing.  Would you sell your wife to another man for 1 night for 1 million dollars?   It’s 2019, but unfortunately people still “marry for money”.

Learn the law.  If you are getting married in California, and you have substantial pre-marital property, or have property that isn’t paid off, or a business, or children from a prior marriage, explain what’s scaring you and why you want a prenup.

Explain a prenup goes both ways.

I have a prenup.  It says in the event of a divorce, what’s mine is mine, and what’s his is mine.

People are always asking me if their prenup is “fair”.  Honestly, unless the prenup says, EVERYTHING, INCLUDING YOURS, IS MINE,  arguably it’s fair!

Often, the in-spouse wants to protect everything that he/she came in with.  Even if they want to protect their income during the marriage, your prenup can establish a joint account where you can negotiate a portion of the income becomes community.  Yes, you can NEGOTIATE!

As the out-spouse, this is where you can pitch yourself as a keeper.  Let’s say you both decide you won’t work – you will stay at home and keep the house and raise the children.  Do your research – what are you worth as a housekeeper, chef, driver, tutor, babysitter, night nurse = $1 million dollars a year?  If there is a waiver of community, you can demand he makes the money, demand that he deposit that amount into the joint account.  OR you can negotiate a gift (as long as it’s not promotive of divorce), or an IRA, or spousal support.  You have the power to talk about it.

Prenups are juicy because you gotta disclose everything.  This isn’t a blind-folded transaction.  Nobody is playing “hide the ball.”

In order for the prenup to be valid, both of you will put everything on the table.  FULL transparency before you talk about money.  Nothing is more vulnerable that this, and nothing can strengthen a future marriage more.

Explain WHY you want a prenup.

Now that you understand the law, you should be in a better position to explain to your fiance/e WHY you want one.  This requires you to speak openly and honestly about your vulnerabilities – what you stand to lose in the event of a divorce.

For example, let’s say your spouse does not work, but perhaps her parents are wealthy and she stands to inherit millions.   Is it fair that in a divorce that she later causes (because she is having an affair with the gardener), that she gets half of your medical practice and all of your earnings, and you have to pay half the debt on the credit cards she racked up during marriage?  Especially if she stands to inherit 10 million dollars?

I don’t think the law is fair.  That’s why I want a prenup.  Explain.

Talk about your financial expectations.

Does he/she know how much you pay for living expense?  It is 2019  and women comprise more than 50% of the work force.  So why is it that these things still happen? I know men and women who: Don’t know how much their mortgage payment is.  They are in the dark on what’s left on their mortgage.  These people don’t know what a “mortgage” is or if their name is on title.  Likewise, they don’t know the difference between leasing or owning a car, and don’t care.

They don’t know how much they spend per month, or how much they charge on their credit cards per month, because they don’t ever see the monthly credit card statements.  Taxes? Forget about it, they have no idea, even though they signed the joint tax return.  Seriously, if your answer if “don’t know”, you need to do some homework.  A man is not a financial plan.  This is especially true if you married “rich”.  Quite honestly, if you don’t teach yourself money, when the divorce happens and you’re on the street, this is YOUR fault.  There is too much information out there for you to purposely stay in the dark.  You may not be the breadwinner, but you better know where the bread is going.  Buck-naked.*

Use me as your scapegoat.

I’m that friend that has a prenup that told you to get one.  Blame me.  They’ll understand.

* Notice that in 3 of my tips above, I mention “buck-naked”.  This is not accidental.  For your marriage to work, you need to be naked all the time.  Don’t hide things from each other, and don’t lie.  You need to be transparent and forthright from the get-go.  Financial resentment have a way of rearing its ugly head throughout the marriage, so it’s best you’re prepared.

Finally, if you can’t get that prenup without hurting feelings, here are some ways you can still protect what you had BEFORE the marriage WITHOUT a prenup.

Keep careful statements BEFORE the marriage.

All bank and brokerage statements, credit statements, mortgage statements.  If you purchased a property before marriage, get it appraised.  Keep these documents in a safe place.

NO TRANSACTIONS. Do not add to them, do not spend from them.  STOP using them the day before the marriage.

During marriage, open your joint accounts.

(Understand that if you open an account in only your name during marriage, but deposit community earnings, the account is community property – doesn’t matter that it’s just your name).  Use community accounts to pay community expenses.

Never use separate accounts before marriage to pay off community expenses.

This may be co-mingling and create community accounts.

Never use community accounts to pay off separate expenses.

This may cause reimbursement issues if you divorce.

Without a Prenup, You Can’t Protect Earnings During Marriage, But…

Without a prenup, there is no way to protect what you earn DURING the marriage (unless it’s gift or inheritance), but to protect those gifts and inheritances, make sure you open a separate account, and dump the ENTIRE gift or inheritance into this separate account, and keep it separate.  Do NOT put in community earnings, or spend from it.  Do NOT put your spouse’s name on it.  Just dump it in there and leave it alone.

I wish you lots of love in your journey to the alter.  Hopefully you have left enough time to obtain a prenup.  (At least 2-3 months).