How Do I Guarantee My Prenuptial Agreement is Enforceable? 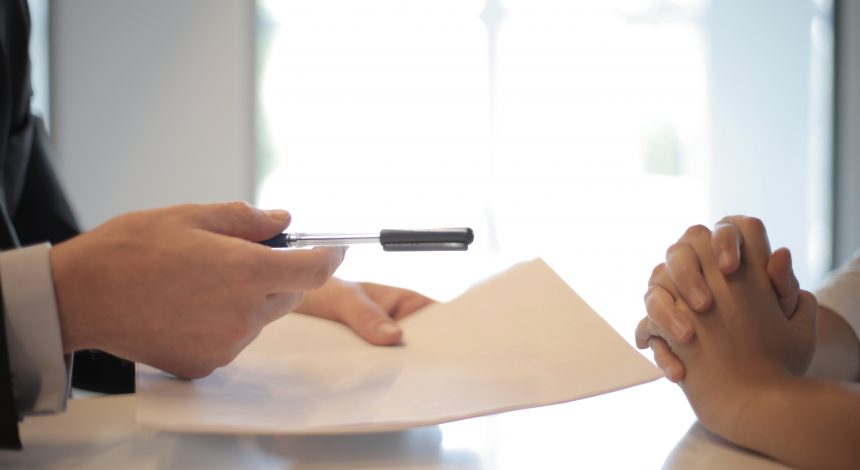 How Do I Guarantee My Prenuptial Agreement is Enforceable?/Photo by Andrea Piacquadio from Pexels

No Lawyer Can Ever Guarantee Your Prenup Is Enforceable.

People always request “bulletproof ” prenups.  Which is rather funny, because bullet -proof vests aren’t bullet proof.  No, they are bullet-resistant.  Bullets are DEADLY.  And just because you are wearing a bulletproof vest, does not mean you won’t die from a gunshot wound.

Just like no bulletproof vests are actually “bulletproof”, no prenup is actually guaranteed to be enforceable.  In fact, I always advise my clients that ANY contract (including a prenup) can be set aside if either side challenges it.

If Prepared Properly, Your Prenup Can Strengthen Your Bargaining Position If You Divorce

But, if prepared properly, your prenup can greatly strengthen your bargaining position in the event of a divorce.   It’s better to wear a bulletproof vest than nothing.

Learn the law regarding PMA’s and make sure you hire an attorney who is well-versed in this law.

In 1986, California adopted has its own law, Family Code 1600 – 1617 (Uniform Premarital Act).  I included them in this blog section below.  Make sure you read each and every section. If you do not understand it, ask your attorney.

Prior to the Uniform Premarital Act, prenups were frowned upon and often not enforced.

Back then, it was believed that prenups undermined marriage and promoted divorce, so most courts would not enforce it.  THESE days, because so many people would not MARRY without one, prenups are construed to be promotive of marriage, and thus, if you follow the requirements of the UPA, your PMA will likely be upheld if challenged.

To every extent possible, follow the law to make sure both parties executed the PMA voluntarily.

Section 1615 states a prenup will NOT be enforced if one party didn’t execute the agreement voluntarily.  The law further defines when an agreement is deemed to “not be executed voluntarily”.

Make sure both sides have independent legal counsel.

Please note our office MANDATES this.  We will not participate in the representation of a party unless the other side also has counsel.

Make sure there is sufficient time, no less than 7 calendar days, between the time the other party was first presented with the PMA and advised to seek independent legal counsel, and time agreement was signed.

Our office does NOT handle PMA’s where the wedding date is less than 25 days out.

The property rights of husband and wife prescribed by statute may be altered by a premarital agreement or other marital property agreement.

As used in this chapter:
(a) “Premarital agreement” means an agreement between prospective spouses made in contemplation of marriage and to be effective upon marriage.

(b) “Property” means an interest, present or future, legal or equitable, vested or contingent, in real or personal property, including income and earnings.

A premarital agreement shall be in writing and signed by both parties. It is enforceable without consideration.

(a) Parties to a premarital agreement may contract with respect to all of the following:
(1) The rights and obligations of each of the parties in any of the property of either or both of them whenever and wherever acquired or located.

(3) The disposition of property upon separation, marital dissolution, death, or the occurrence or nonoccurrence of any other event.

(4) The making of a will, trust, or other arrangement to carry out the provisions of the agreement.

(5) The ownership rights in and disposition of the death benefit from a life insurance policy.

(6) The choice of law governing the construction of the agreement.

(7) Any other matter, including their personal rights and obligations, not in violation of public policy or a statute imposing a criminal penalty.

(b) The right of a child to support may not be adversely affected by a premarital agreement.

1615. (a) A premarital agreement is not enforceable if the party
against whom enforcement is sought proves either of the following:
(1) That party did not execute the agreement voluntarily.
(2) The agreement was unconscionable when it was executed and,
before execution of the agreement, all of the following applied to
that party:
(A) That party was not provided a fair, reasonable, and full
disclosure of the property or financial obligations of the other
party.
(B) That party did not voluntarily and expressly waive, in
writing, any right to disclosure of the property or financial
obligations of the other party beyond the disclosure provided.
(C) That party did not have, or reasonably could not have had, an
adequate knowledge of the property or financial obligations of the
other party.
(b) An issue of unconscionability of a premarital agreement shall
be decided by the court as a matter of law.
(c) For the purposes of subdivision (a), it shall be deemed that a
premarital agreement was not executed voluntarily unless the court
finds in writing or on the record all of the following:
(1) The party against whom enforcement is sought was represented
by independent legal counsel at the time of signing the agreement or,
after being advised to seek independent legal counsel, expressly
waived, in a separate writing, representation by independent legal
counsel.
(2) The party against whom enforcement is sought had not less than
seven calendar days between the time that party was first presented
with the agreement and advised to seek independent legal counsel and
the time the agreement was signed.
(3) The party against whom enforcement is sought, if unrepresented
by legal counsel, was fully informed of the terms and basic effect
of the agreement as well as the rights and obligations he or she was
giving up by signing the agreement, and was proficient in the
language in which the explanation of the party’s rights was conducted
and in which the agreement was written. The explanation of the
rights and obligations relinquished shall be memorialized in writing
and delivered to the party prior to signing the agreement. The
unrepresented party shall, on or before the signing of the premarital
agreement, execute a document declaring that he or she received the
information required by this paragraph and indicating who provided
that information.
(4) The agreement and the writings executed pursuant to paragraphs
(1) and (3) were not executed under duress, fraud, or undue
influence, and the parties did not lack capacity to enter into the
agreement.
(5) Any other factors the court deems relevant.

We encourage you to review the law regarding prenuptial agreements and review all of our articles, including this one: https://www.purposedrivenlawyers.com/what-to-expect-when-hiring-us-to-prepare-your-pma/