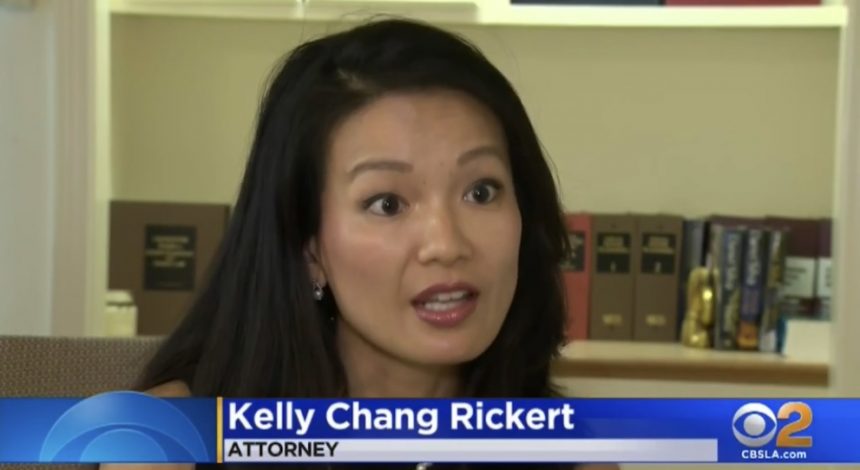 Not only does this dater NOT pay for your meal, he doesn’t pay for his own.

Even though CBS2/KCAL9 has done stories about the infamous dine-and-dasher he’s still finding victims.

CBS2’s Rachel Kim spoke to another woman who was stuck with an expensive bill.

“He was good looking… right away I think, why did he choose me?,” says a woman we will call Michelle.

She soon found out why Paul Gonzales wanted to have dinner after meeting on a dating app. She didn’t want to be identified but wanted to spread the word that the “Dine-and-Dash” dater just did it to her at Smitty’s Bar and Grill in Pasadena.

“He ordered a salad with shrimp, a filet mignon, yes, he went all out,” Michelle said.

As he washed down the main course with two cups of coffee, Michelle says Paul told her he was worried because his aunt is very sick.

“All of a sudden he’s all, oh, my phone’s dying and I’m waiting on the call from my mom about my aunt. I’m going to go to the car to get my charger and then my first comment to him when he got up was oh what, you’re not coming back?,” she said.

After 10 minutes, Michelle realized he wasn’t. She was stuck with the $130 bill and paid it.

“I didn’t mention it to the restaurant, nothing. I think I was more embarrassed, my pride was just like, you know, I felt dumb,” Michelle said.

At the time, Michelle had no idea Gonzales has been accused of the same routine, rather routinely. He did the same at Mercardo Restaurant last week, another woman at BJ’s last March, and at least two other women who’ve all told CBS2/KCAL9 their stories.

She says if you become a victim of dining and dashing, make a police report because it is a crime against the restaurant.

Michelle’s pride may be hurt, but she’s mad. She decided to call him and give him a piece of her mind. No answer on his cell, but she wants him to answer for his actions.

“I think he owes every woman an apology,” Michelle says, “I think that would humble him by having to apologize to the women.”

Divorce Mediation FAQ
Decision Counseling in Divorce
Community Property is Not Fair; Get a Prenup
How to Divorce like Jen and Ben
Argentina Judge Awards Housewife $187,000 For Value of Housework in Divorce
Benefits of Marriage
How to Lose Custody And Ruin Your Children
Consulting Attorney v. Retaining Attorney in Your Divorce Case
Attorney-Client Privilege and Divorce
Teen Mom Jenelle Evans Loses Custody
Bifurcation of Marital Status: Divorce
Divorce Document Preparation What to Expect