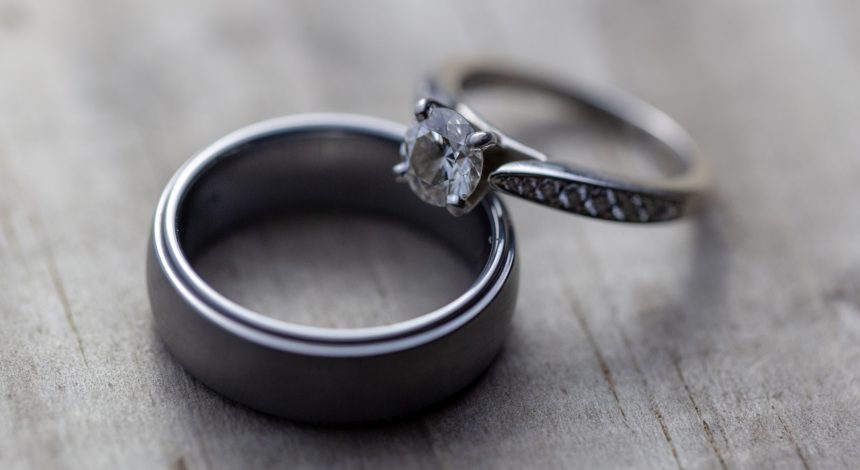 I heard this great story on the radio today about a cursed wedding ring.  The cynic in me usually laughing jokes about ALL wedding rings being cursed – in fact, my favorite joke is  – “How many rings are there in a marriage?  THREE.  Engagement ring, wedding ring, and suffer-ing”

But this story supports my theory!  After his divorce, Captain Jason Rose, (a fisherman whose wife never supported his fishing hobby), zip-tied his ring to to a steelhead trout and threw it overboard).  According to Captain Rose, he wanted to get rid of it, but didn’t want to “pawn it” or “throw it overboard” (SOOO Titanic!)

So he symbolically tied it to a fish, and threw the fish back out.

Well, the curse left him – infected the fish, who died.  Then, the curse got on someone else who caught the fish 7 weeks later.  Jim Nelligan (owner of Grey Lion boat) caught it 7 weeks later, in a fishing tournament.  Nelligan says, “That ring is cursed. Ever since it came on my boat, I’ve had problems with my Glendinning engine controls, the switch to raise the helm floor to get at the engines broke and the hose at my dock burst.”

But not the only cursed wedding ring out there!  Apparently, Disneyland hosts one too.