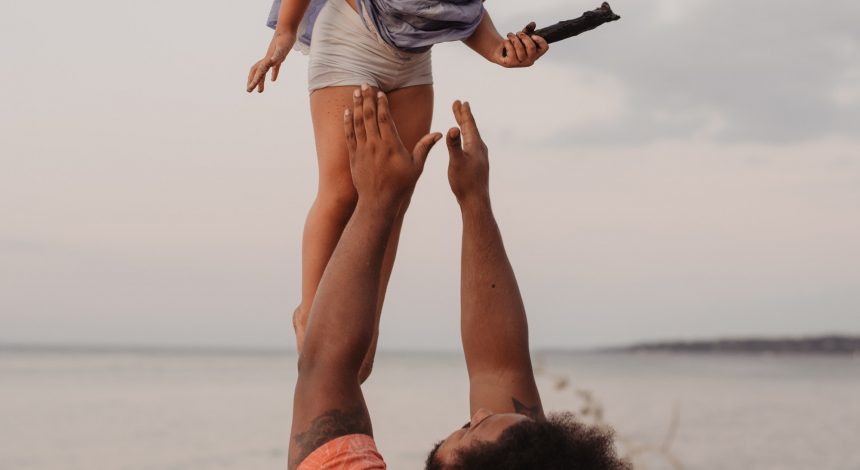 If you are going through a divorce or a paternity case with children, and you absolutely detest your spouse/partner, I strongly urge you read this article.

First, as a custody lawyer, if there was ONE trait I could wish on all my clients, it would be MATURITY. That’s correct, 95% of nasty custody battles happen because one, or both parties, are incredibly immature.

So, the first piece of advice I give to those entrapped in these battles is: GROW UP. Seriously, GROW UP!  I’m not saying YOU’re immature.  Sometimes it’s the other side.  But as a famous Judge once said on the bench: “Mother Theresa does NOT marry Hitler”.  Your complaints reflect more about YOU as a person than the other person.  And, since you can’t change or eliminiate the other parent, best that you learn how to deal with them.

Eliminating the Other Parent

Speaking of which, a lot of people have this strange belief that they can completely “eliminate” the other parent from their child’s life.

This is terrible!  If you TRULY love your child, why would you try to take away one parent?  Do you not know the effects on a CHILD?  I highly recommend Erasing Family, a documentary on Parental Alienation.

I also highly recommend Split: A Film For Kids of Divorce and Their Parents.

It is very important you watch these films before lawyering up.

Top 3 custody complaints my firm (and ALL family law judges) hear, ALL THE TIME.

1.  He/she doesn’t really want joint custody. He/she is only requesting that so he doesn’t have to pay as much child support.

Even assuming this is true, barring any drug and alcohol dependency/addiction/domestic violence/psychological issues, or a moveaway, the Courts will assume that a joint custody parenting plan is in the best interests of the child.

Yes, it could be true: California’s child support formula is found in Family Code section 4055, and TIMESHARE is a huge factor. So, if your spouse/partner is well-versed with Dissomaster and the Family Code, potentially, this could influence things.

But, if there is a history of regular bonding with both parents, it will be very difficult prove that one party is requesting custody to simply avoid payment of child support.

Also, the other side will always be given an opportunity to be in the child’s life.

Work it out. Go to mediation to work out a good parenting plan. If there are no drug dependency/addiction/domestic violence/psychological issues, or if there isn’t a pending MOVE across an ocean, JOINT legal and JOINT physical custody will be preferred and awarded, especially in a case where the child(ren) have had times of appropriate bonding with both parents.

But, if you are willing to put the children first, knowing their schedules can help you figure out a good parenting plan. BE REASONABLE.

2. The children can’t live without me. I raised them on my own. He/She was never around. They need to be with me, it’s in their “best interests”, so I should have full custody.

Also, breastfeeding infants are subject to very different set of development and needs.

However, times have changed: nowadays, both parents do work. As such, it is natural to assume the child spends an adequate amount of time during the day away from both parents. Lesson? CHILDREN ADJUST.

Sometimes the children DO spend more time with one parent, particularly if only one parent works. However, in most divorces and/or separations, THINGS CHANGE. The law will NOT punish a working parent. If you are father that frequently travels for his job (i.e., 280 days of the year), you may need to get a new job in order to bond with the children. If you have historically been absent, there may be a period where you gradually “step up” to your eventual role as a “present parent”.

If you are the stay at home parent, the award of joint custody may be shocking at first. But it may be an opportunity for the other parent to step up, and really be the parent you always wanted him/her to be. In addition, I have been informed by several of my at-first reluctant clients that after the initial shock and adjustment, they actually prefer the shared custody because they now “get a break from the kids”.

Work it out. Accept this reality: divorce splits a home. Every child will need to go through an adjustment period. They may have seen mommy, or daddy, every single night of their lives. But now there are TWO homes, and there will be times where they will not see you. This is the harsh reality of divorce. But understand that as long as the co-parenting is peaceful, the times without the children will not harm their development. You may miss them, but they are with their father (or mother). It is GOOD, and what the Legislature intended – that the child(ren) maintain “frequent and continuing” contact (NOT “every single second and none to the other parent”) with BOTH parents. Remember, you and your spouse/partner are going through the divorce/separation, NOT the children.

3. He/She is an “unfit parent”. He/She does not cook, does not discipline, does not help them with their homework, does not dress them warmly, is dating an ex-convict/prostitute; take them to the doctor,_______________ (insert complaint), etc, etc, etc.

Co-parenting is tough, EVEN WHEN YOU ARE TOGETHER. I am a co-parenting mother. In our home, you will frequently hear accusations of this sort flying back and forth:

“You are late picking up our daughter, again!”

“No, do NOT feed her McDonalds AGAIN for dinner.”

“Can you not hover over her? She needs to breathe!”

“WHY is she watching Princess movies again when I just bought three (3) books for her?”

“It is 80 degrees out, and you dressed her in a sweater. What is wrong with you?”

“It is 50 degrees out and you dressed her in a T-Shirt. What is wrong with you?”

Oh, and, I am happily married (most of the time).

Imagine co-parenting with someone you hate?  EXPONENTIALLY more difficult.

Why counseling? Because sometimes, it is EASIER to learn how to teach, feed, educate a child, than it is to learn patience and understanding of the other side’s parenting style.

Let’s face it, someone is always going to be the more attentive/considerate parent. But that does not necessarily mean the other side is “unfit”.

And, if you are the parent suffering criticism, enrolling in parenting classes can do wonders for your relationship!

It may seem ridiculous and absolute surrender to a control freak, but I assure you, taking a parenting class once in a while is super worth your time. Even the world’s most perfect parents can use it one in a while.

Obviously, my article is geared towards custody disputes which do not involve child abuse, drug/alcohol addiction, domestic violence, and other demons which do clearly exist out there.

When one of more of the above-mentioned factors are present, you are no longer able to deal with REASON. As such, a professional evaluation may need to be performed, and treatment applied before joint custody can be granted.

However, having handled divorce and custody matters for over 21 years, I can assure you: most divorcing/separating couples with children SHOULD NOT need court intervention.

And those who tragically took that route will tell you that after hundreds of thousands of dollars, even after their children become adults, their situation has NOT improved. Learn from their lessons.