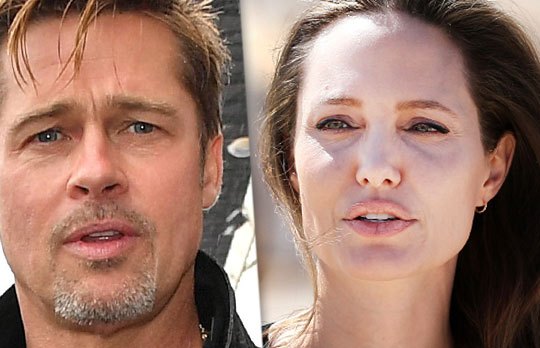 For inquiring minds, this blog post contains ALL the relevant filed documents in the case.  Just click away!

The world’s most famous couple is caught up in a major custody battle.  Previously, while Brad was under DCFS investigation, he signed a stipulation-regarding-custody.

After he was cleared, his has wanted increased visitation time.  Unfortunately, Angie’s team has been relcuctant to back away from the previously entered Stipulation.

The Stipulation had a Confidentiality clause which stated that the Stipulation would NOT be filed except for enforcement purposes.  New documents obtained revealed numerous exchanges of emails and letters between Brad and Angie’s lawyers (Brad wanting more time; Angie deftly deferring all requests to the therapists).

Brad is about to file a Request for Order to Modify, but before doing that, he sought, on an “ex parte”  basis (this is just a fancy term for giving the other side extremely short notice for requested court relief; in Latin, it means, “from one side”).  Generally, when one party requests relief from court, they need to provide due process (notice requirement) to the other side, so the other side has enough time to craft their arguments.  In Family Court, a noticed motion that is personally served requires at least 16 court days prior notice from date of hearing (if by mail, tack on 5 days, or 21 days).

Brad’s ex parte request to seal was denied.  However, the Judge stated yesterday that he can file a normal NOTICED MOTION to seal the records.  Attached are all the documents from Brad’s ex parte motion to seal records.

What next?  Brad should file a Noticed Motion to Seal Records under California Rule of Court 2.551 (such motions, however, are rarely granted).  He should also consider filing a Request for Order to Modify immediately, maybe simultaneously with this motion. However, if he files anything prior to the motion for sealing records to be sealed, the documents in his file are still open to public and we would obtain everything.

Brad is stuck between a rock and a hard place, but he has to fight aggressively to get more time with the kids.

I am stunned that the world’s most famous couple is going through this, and my heart literally breaks for their kids.  They did not ask to be a part of this.